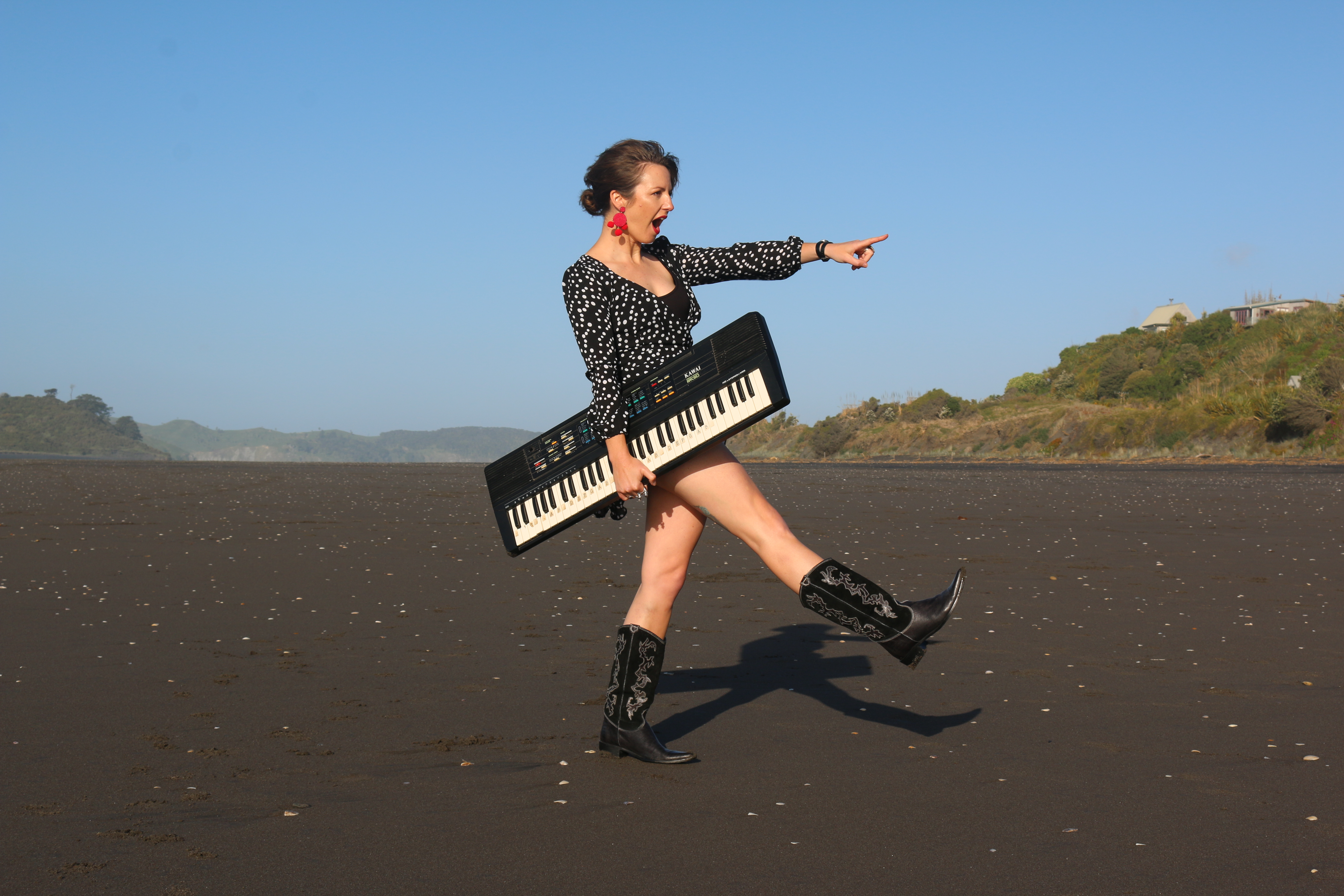 Founder of Piano Picnic, Ruth Power is on a mission to show that piano is cool and accessible to everyone.

The Raglan based musician and music teacher is providing an alternative to the traditional options by enabling pianists to embrace their creativity and curiosity and to hit the right note, she sought the help of Business Mentors.

Ruth started playing piano at the age of six, going through the traditional pathway of learning to read music and practicing scales, while experimenting with learning songs by ear and songwriting.

After graduating with a Media Arts degree specialising in commercial music, she enjoyed a career revolving around music – from performing and recording, to working in the international music publishing industry. Here she was responsible for some of the most popular learning resources for piano and voice. So when it came time to return to New Zealand, and a much smaller music publishing market, Ruth decided to launch her own online piano school.

“I wanted to teach piano from a different perspective so people, whether novices or experienced players, could learn skills that are not normally taught. Playing by ear, riffing, playing from a chord sheet, improvising, songwriting and exploring different styles of music are just some of the skills that make up the short, snackable lessons. You don’t need to read sheet music to be a brilliant piano player,” says Ruth.

Ruth had all the skills necessary to deliver the pre-recorded courses which attracts people of all ages from around the world. But where she needed help was with the more practical side of providing a consistent product for her subscribers and fine-tuning her approach in order to upscale the business.

“I had started a membership model which highlighted I needed to be better organised, prioritising the important stuff and not rushing off on tangents to begin work on some new idea,” says Ruth.

“I wasn’t really quite sure what I needed specifically but thought mentoring could help. When I met Brent, a Business Mentors NZ mentor, we hit it off straight away.”

Brent Irvine, who originally came from the technology sector and built a very successful software sales and support business, moved into a commercial advisory role before discovering mentoring.

“Over the years I have helped hundreds of businesses successfully implement systems that resulted in a direct, significant and positive impact to their revenue and profitability. I wanted to offer that same sort of advice to small businesses who may not be in a position to pay the large corporate fees,” says Brent.

After an initial meeting, Brent quickly identified Ruth’s strong points and where he could add value.

“What struck me immediately was that Ruth was really good at the people-facing part. Where I could help was getting her focused and putting clarity around the next steps to scale up the business. She was working really hard to try and do everything at once instead of prioritising,” says Brent.

“We put a plan and time frames in place, and it was great to watch her take off and revenue grow. But more importantly, I’ve helped Ruth to acknowledge she is as good as she thinks she is and can achieve what she wants to achieve. Seeing her get to where she wanted to be and being happier in the business has been very rewarding for me.”

Ruth says that after working on and in the business by herself, without support, it was a game-changer to have not just Brent’s business acumen at her fingertips but also the massive boost of confidence he gave her in going forward.

“Prior to having a subscription model, sales would go up and down. Brent helped me develop that model and increase membership,” says Ruth.

“As a result, revenue has increased by 75% in the last year. With Brent’s coaching, I’ve systemised things in how I work, I have a 12-month plan for content so customers can see what is coming up and I can now offer two courses a year. It’s a great feeling to be streamlined, organised and focused!”

If you’re curious about how a Business Mentor could open up new possibilities, then click here to find out more.