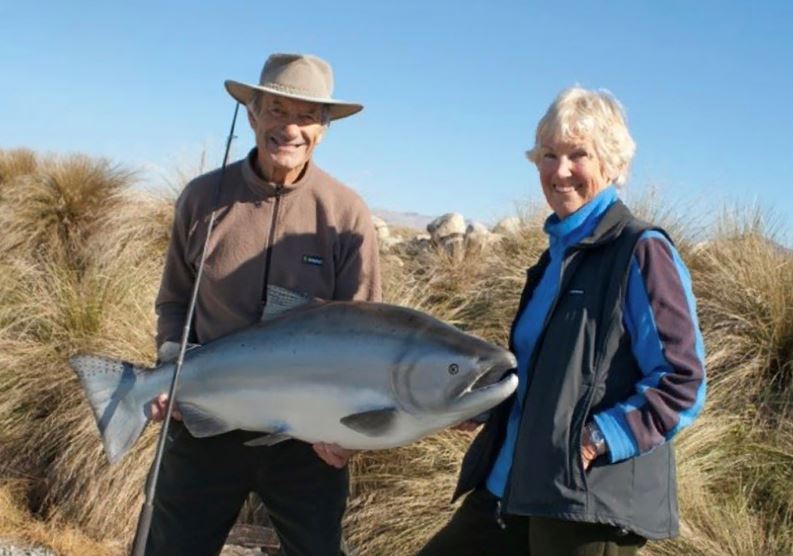 Having the support of a business mentor has seen High Country Salmon owner Margaret Logan through some tough times.

Margaret was semi-retired from the hands-on side of the business and living in Wellington away from the Twizel-based company she had built and grown alongside her husband and family when she first turned to Business Mentors New Zealand to help manage herself as a director three years ago.

High Country Salmon was established in 2000 by Margaret and her late husband Richard, a keen angler whose love for fishing provided the inspiration, motivation and drive to kickstart what has become not only a thriving salmon farm, but over the years also grew to encompass Margaret’s flair and passion - a floating shop and café.

After Richard died in 2012, Margaret continued her involvement in running the business alongside family and staff until she moved to Wellington in 2015, retaining the owner-director reins alongside her son, Peter, who by that stage had taken over as General Manager.

While Margaret was no longer hands-on, she says she felt “somewhat disassociated” from the actual running of the business and sought help from Business Mentors New Zealand to, not only effectively help her manage business governance, but for her own personal support and guidance.

“I saw that things needed to be managed a bit differently, and my mentor helped me to see what changes could be made within the business and how I could influence that as owner-director from a distance.”

She says while High Country Salmon was running well on the outside, the formal side of the business had its shortcomings.

“The business itself was going quite well, but setting and reviewing budgets and getting regular reports to directors and shareholders needed to become part of the structure.”

Margaret says her mentor – Rocky Douché - has helped her through some tough times in the two-and-a-half years they have been working together, including after the death of her son and co-director Peter in a mountain accident last year.

“That brought changes again on the farm and Rocky has supported me considerably as we have adjusted to those.”

In the early days of their partnership, Margaret says Rocky helped her to clear her mind and sort herself out.

“He had me work out what my personal and business goals were and what we both believed we needed to change with some of our governance practices,” she says.

As the business has become more established, Margaret’s need for Rocky’s support has lessened.

“The things that were not happening that I was not happy about a few years ago are now in place and managing well,” Margaret says. “We have a new general manager and another director, my daughter, who are both very astute in these areas and everything is managed very well under the new regime.”

Margaret says her whole experience working with Rocky has been positive and she would “certainly recommend” a business mentor for others needing support – on whatever level.

“I was lucky that the person I dealt with in Wellington seemed to know right from the start that Rocky would be a good link for me - she had him in mind as soon as she knew what I needed, so that was a plus. I certainly feel like I got the right person to be my mentor, assuming that’s everyone’s experience is that great.”

Rocky says he has enjoyed working alongside Margaret and with an established, successful SME.

In their three years together, he says he has seen Margaret mature as the chairperson of the board, and develop more confidence as time has gone on, thus significantly reducing the need for his services.

“However, Margaret knows that she can call me at any time,” he says.

And while High Country Salmon, like many businesses, has been impacted by COVID-19, Margaret is confident that she is surrounded by the right team of staff and professionals to adapt as required.

“We have been hit like everyone else, and while we were not absolutely reliant on tourism, it is a big part of our business and income, so we’ve had to make adjustments there,” she says. “We also have a very active business partnership with our accountant who is making sure we are looking at all the issues, making plans, adjusting budgets and looking at staffing, which is what we need to do right now.”

1: Trust your instincts but share them with someone reliable

2: An independent trustworthy mentor is invaluable

3: Get good staff, give them maximum responsibility and keep open communication with them so that everyone is on the same page, working for the same goals.