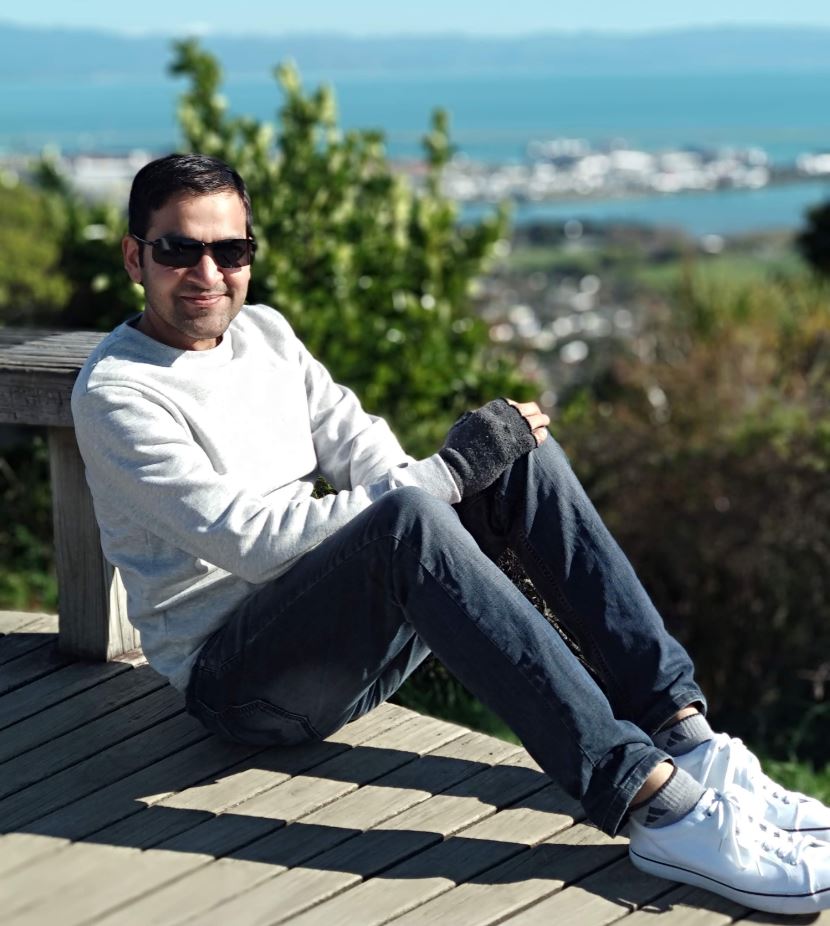 It would have been easy for Amit Jiwani to have taken the negative feedback he received about his discount voucher business idea and not gone ahead with his plan.

But Amit, also known as AJ, didn’t want to give up on his idea. He had recently moved with his wife to Blenheim from India, and, while she had found work with the local council, AJ, who had run a coupon business successfully in Mumbai, struggled to find a job.

So, he says, it made sense for him to start up a similar venture in New Zealand, providing him not only with employment, but also capitalising on his talents.

He accepted that there would be challenges setting up his business – Marlborough Deals - in New Zealand.

In Mumbai, a city of 18 million people, AJ was able to offer individual discount vouchers to larger organisations on his client base such as Pizza Hut and Food Malls.

He says while people in India loved using discount vouchers, Marlborough locals were a bit more cautious – even when he was offering the businesses to put their offers for free.

“People who are from cities know about discount vouchers, but I found that when it came to locals, not so many people knew about them or were so keen to buy.”

He knew that he would have to adapt his concept to suit the local, much smaller market, so instead of individual vouchers catering to large organisations, he opted for a discount voucher book, which would not only allow clients access to a wide range of goods and services from a multitude of businesses throughout the Marlborough district, but it would give participating businesses extra exposure through the book’s distribution – a win-win situation for everyone.

Still feeling slightly disillusioned by the negative feedback he had received, but determined not to give up, AJ turned to Business Mentors New Zealand for more advice, getting in touch first with Blenheim BMNZ coordinator Brian Dawson from Business Trust Marlborough.

Brian kickstarted AJ’s mentoring process – providing an audience for an online survey, offering contacts for potential advertisers, graphic designers and printers in the area, and steering him towards business networking events, before putting him in touch with BMNZ mentor Chris Butler.

That relationship, AJ says, gave him the boost that he needed.

“Chris was very motivational,” AJ says. “I had a lot of doubts, but he cleared up those queries and helped me get things up and running. I received a lot of input from him before I started the business.

“He explained that yes, I was going to get negatives, but not to worry, just to concentrate on what I wanted to do.

“He also explained how to interact with people and that really helped me.”

AJ says he needed to adjust his marketing techniques to suit the New Zealand culture.

“The way of doing business here is very different. Here I don’t see any door-to-door marketing, whereas in India I used to have a team of about 30 people who would go out to the markets every day and sell vouchers and coupons.”

While AJ was proficient with Social Media platforms such as Facebook and Instagram in India, he says Chris pinpointed where he needed to make improvements.

“He showed me the entire process of setting up Facebook, Instagram and all the online ways of doing advertisements with tips such as adjusting the tone and the grammar, and I think that was the best part of the mentoring.”

Chris says AJ was already well versed in his business concept and had adapted the product to suit the local market by the time they met.

“He needed somebody to sound out his ideas, so primarily my focus was more on marketing - identifying the market, what approach was needed to move his product forward, how to build on relationships and networking and how to offer incentives to businesses who had already come on board,” he says.

He could also offer AJ a different perspective on Social Media messaging.

“Instead of it always being about the sale, it was about giving businesses a profile and including the community, so the book could become a part of the framework of the community.”

He says AJ has worked hard to get his business off the ground.

“There is no doubt that he is passionate about his idea and that’s the key – persistence, attitude and learning as you go along.”

AJ’s first voucher book was launched in March 2019. For $80, clients have access to services and goods from 195 businesses - from restaurants, cafes, food outlets, Air B ‘n’ Bs and motels to salons, gyms and tourist and adventure groups – between them offering up to $4500 in discounts.

He says that while business has been slower than he would have liked, he knows that it will take time to grow. He also knows that he needs to put more effort and time – when he’s not working part-time at a retail store – to focus on that growth.

“That will be the path forward,” he says. “It’s not going to be easy.”

He is already working with an IT team on an App that will allow buyers to order their voucher books instantly online, with their one-year expiry effective from when they sign up.

“It will be a big expense, so I’m looking for someone to be a partner, or investor,” he says.

In the meantime, he is enjoying living in “the sunniest city in New Zealand”.

1: Filling up the gaps needed to start the business

2: Learning from the person who has done the same/ similar thing in the past

3: A backup person whom I can always go to when in doubt.