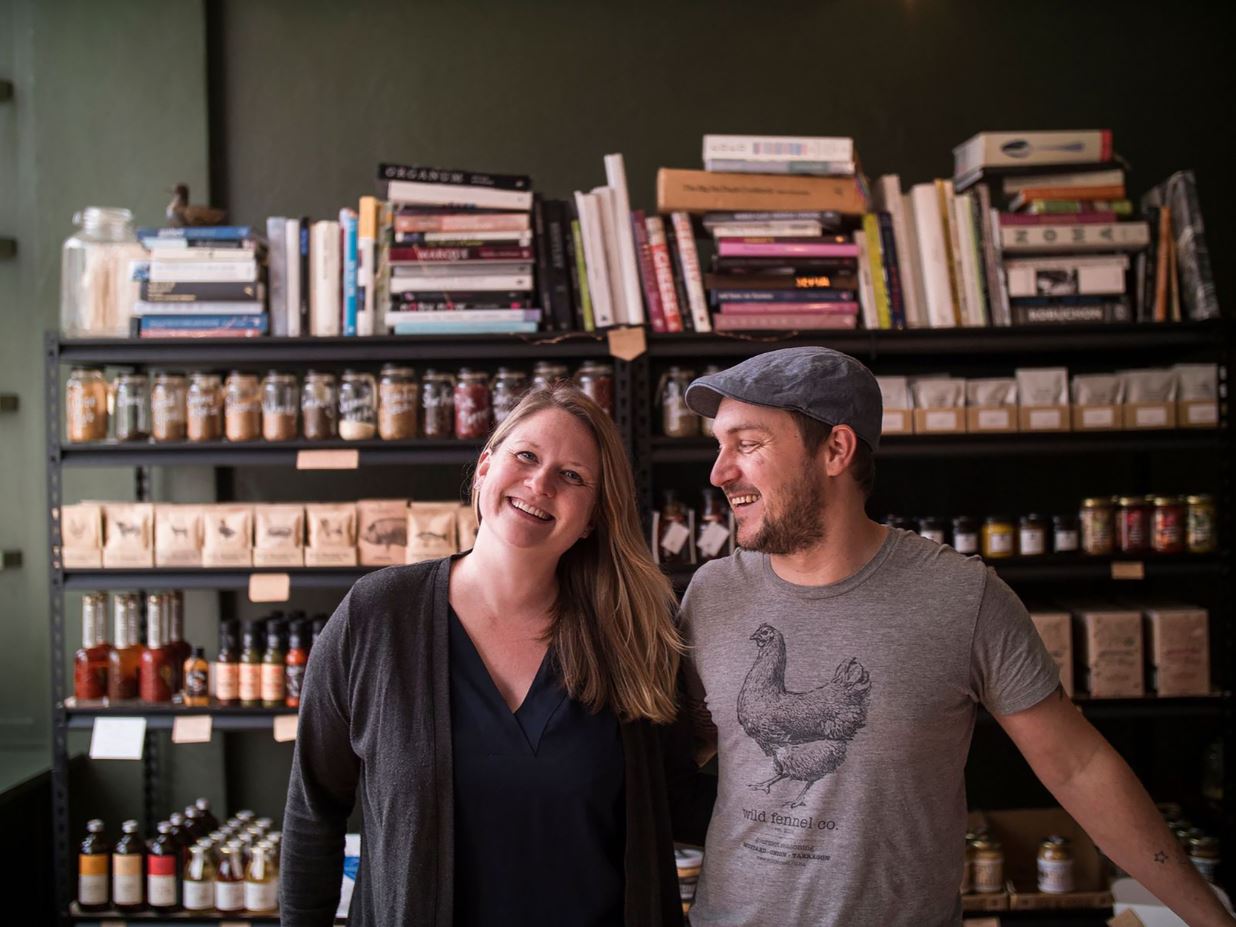 “The best sounding board ever”, is only one of the descriptives Egg & Spoon owners Dan and Jo Pearson have for their Business Mentors New Zealand mentor Irene Mosley.

Earlier this year, the Dunedin-based couple re-registered to be mentored by Irene for a further 12 months.

“We’ve come such a long way since we first chatted with Irene [back in 2018],” Dan says. “Back then, we didn’t feel like we knew what we were doing. There were a lot of conflicting ideas about what we wanted to do with our business, so it was really good to have a third party to almost navigate the conversation between Jo and me.”

“But over the course of time, the business took on a life of its own which we’ve naturally grown with. We felt more confident in ourselves following guidance from Irene.”

Dan said when they came toward the end of their initial tenure with Irene, it was more about catching up over coffee, with Irene asking how they were doing and what they had been up to. “Everything became more light and fluffy.”

Despite not needing the depth of advice from Irene as they had in their first year, the couple realised the immense value they still got from their meetings with her and so earlier this year, they renewed their term for another year.

“It was more about keeping that conversation alive because it’s quite easy to bury your head in the sand, keep working and not come up for air and really get caught up in the business.”

When the couple meets with Irene, it forces them to take time out of their busy schedule to self-reflect, have a chat, “maybe receive a few pearls of wisdom”, and generally reflect on what and how they are doing.

“It’s a very useful tool to allow us to grow and mature in this bizarre world we’ve found ourselves in,” he says.

“Irene will always have a solution - she’s so wise, she’s got fingers in different pies and is very well-grounded, and that has suited our style of operation because we try to keep everything down to earth, and not get caught up in the hype of what we do.”

Irene knew from the moment they met that they were a good fit and could hold an honest conversation together.

“During that first year there were a few things came up that I knew I could challenge them on, and I even wondered if I had overstepped the mark a bit, but as it turned out they were really appreciative, and it really led them to get on with some of the things they have now been able to create more success with.”

She is excited by what they are doing and feels “quite privileged” to have been part of their business development as they have moved along.

“They are a young couple with really high levels of enthusiasm and knowledge and vision. It’s been great to meet and work with them – it certainly hasn’t been hard work for me.”

Dan and Kiwi-born Jo met in London, UK where Dan had worked as a fine-dining chef alongside a team of 30. They moved to New Zealand in 2009.

He continued working as a chef in Auckland, while Jo found work in a publishing company, but it wasn’t long before Dan’s dream of owning a restaurant and being in charge of his own destiny raised its head.

“I was a frustrated chef who wasn’t really going anywhere, so to keep the creative juices flowing we started a series of pop-up restaurant events in Auckland,” he says.

They called their company Egg and Spoon, a concept Dan had been working on since his London days, but in Auckland, it became his drive.

“I thought that maybe this would help me get my restaurant, so we did a series of pop-up dining events in Auckland, including a cheese tasting menu out the back of a wine shop in Grey Lynn and a three-course fine dining menu from the legendary White Lady burger van in the CBD.”

The pop-ups were hugely successful.

“Nothing was happening like that in Auckland at the time,” Dan says.

When they rolled up the blinds of the White Lady, on a sweaty, humid Auckland night, there was a queue of about 400 people waiting – despite it bucketing down with rain.

Dan recalls business people walking past in their suits and briefcases “just really buzzing from the excitement of it all”.

Several investment offers followed, with Dan’s dream of owning his own restaurant appearing to move a step closer. But he was determined to own his restaurant 100% - or not at all.

“If it’s not 100% yours, you will be held accountable to someone, and that was not something I was willing to do, so we decided it was time to put Egg and Spoon to bed.”

Just as Egg and Spoon was born out of frustration, it was frustration that also led the young couple on to their next venture - Wild Fennel Co. gourmet seasonings.

“I was working lots of hours in Auckland as a contract chef, and Jo was, and still is, working for a publishing company, and we were trying to juggle long work hours and parenting our two young children,” Dan says.

“I didn’t want to be a chef anymore and was desperately seeking a more family-friendly lifestyle where I could be at home to support the family.”

Fortuitously, it was his role as a “frustrated” chef that led Dan to start his spice blends.

“One day I went in the dry store at the restaurant where I worked to give it a clean, and they had so many spices it was ridiculous - 4kg of turmeric powder, which no one needs in a kitchen, 8kg of smoked paprika etc. I was having a barbecue that night, and I thought maybe I would just whip up a couple of small blends, and if they tasted good, I could use them through the menu.”

That moment was the turning point for Jo and Dan.

Fast forward six years, which included a move to Dunedin, and Dan’s spices are now stocked by 200 businesses around the country, as well as on their website.

“They are still the same recipes I wrote down when cleaning out that dry store. It was just a hair-brained idea to get a kitchen under control and make my barbecue taste good.”

They have also produced spices for other companies – including 90,000 seasonings for Silver Fern Farms, stocked in supermarkets throughout the country, and creating a smaller range for Harbour Fish in Dunedin.

While Dan is the brains behind the spices, he says he could not do it without Jo, who he says is the “wizard of our brand” and keeps some of his crazy ideas in check.

Their company is ever-evolving. Their range has expanded from their original Wild Fennel Co. meat and poultry spices to include their fish and vegetable ranges, as well as their Dog Town Mustard range and Gorilla Pickles pickled onions.

“We always have so many ideas flying around, and it’s been invaluable having Irene on our side to keep those ideas in check and our business on track,” Dan says.

1: Remember why you started your business in the first place, and keep that at the back of your mind when big decisions need to be made.

2: It’s OK to say no sometimes - know your limits!

3: Make sure you have a mentor or similar to act as a sounding board.