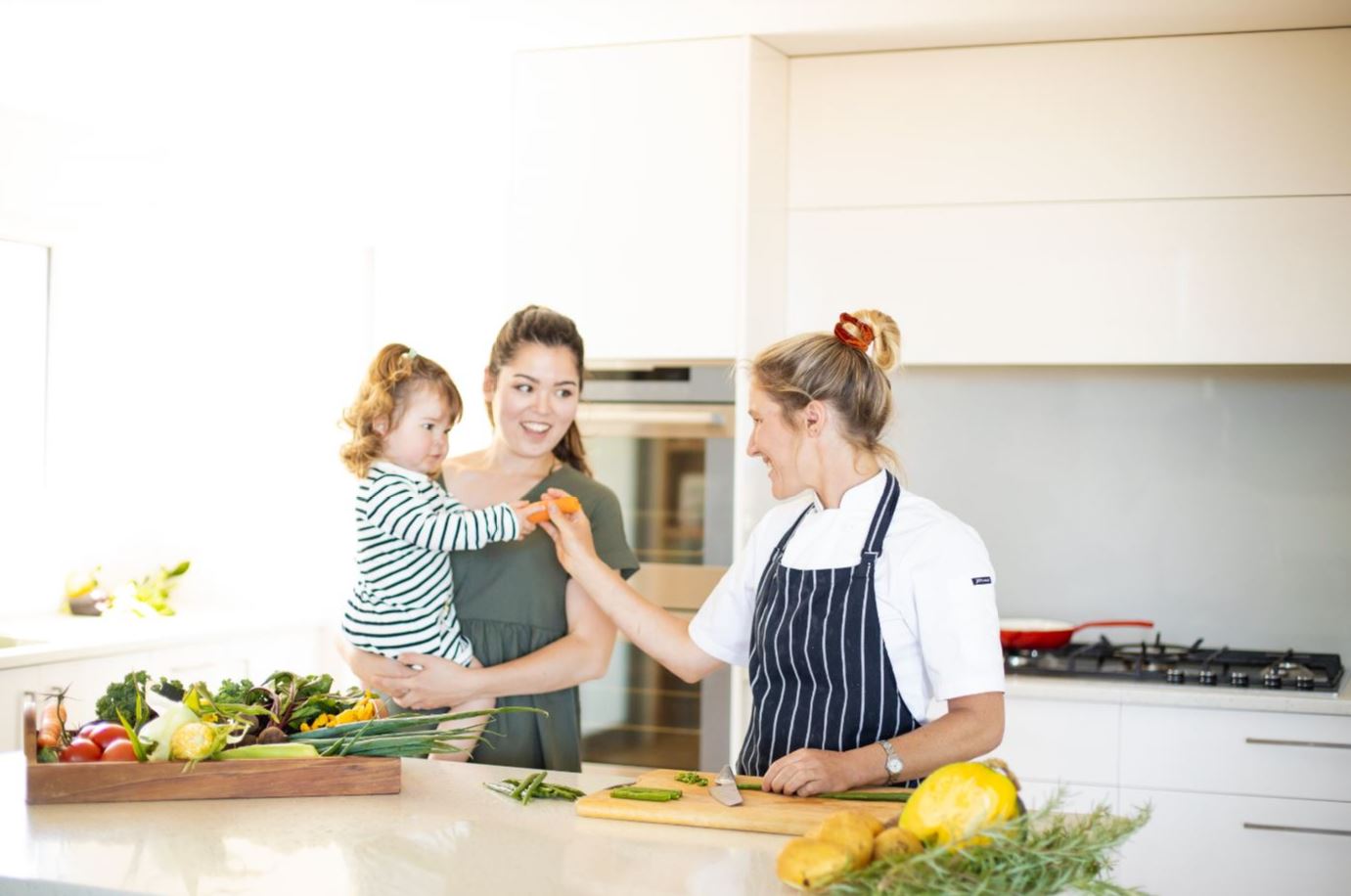 When Momo Martin and her longtime friend and business partner Michelle Hartley went to look at a secondhand oven for their catering business, they ended up not only buying the oven, but the rest of the equipment and a new business.

Momo and Michelle are owner-operators of New Plymouth business, Theory Food Catering, a community-minded, personalised and creative catering service, focusing on high-end corporates, weddings and functions, as well as supplying quality cabinet food to two cafes. In December 2019, they also added the “Eat A Rainbow” business (alongside their oven) to their synergistic blend, making pre-portioned nutritious and wholesome meals for children and the elderly.

Supporting their local community is central to Theory Food Catering, the seeds sown back in 2015 when Momo - whose name means Peach Blossom in Japanese - sold pancakes at the local seaside market “for fun”, donating $2 per pancake to a different charity each week.

Momo soon extended her magic touch to catering, and when that too became so popular that she was unable to cope with demand, she called on Michelle who she had known since culinary school. Momo knew they worked well together and the pair re-branded, setting up as a company in October 2018.

“Michelle is amazing and the best business partner I could hope for,” Momo says. “We have formed a strong synergy of skills, with me managing clients more, and her running orders and the kitchen. That’s what makes it possible to run both businesses at the same time.”

Donating to charities continues to be central to their ethos - “doing good with food” at the heart of what they do.

Momo says they made a personal decision at the start of their partnership to donate a percentage of their earnings to charity. It’s a philosophy that clearly suits them and one which they have learnt to use to further promote their business.

“We are proud of what the company is able to do,” Momo says. “We used to just do it and use the name Theory, but we have learnt to market it as we’ve realised how powerful it is for our corporates to know what we do.

They donated over $7000 in the second half of last year to their main charity, Starlit Hope Trust, which supports children with serious illnesses. The pair also commit food and time towards the trust’s Random Acts of Kindness projects, such as taking lunches to the hospital for parents with sick children.

“I can imagine it’s quite easy for them to forget to feed themselves,” Momo says.

Momo is also proud they have reached their goals without having to take out any large loans.

“We started small, dreamed big and raised our own capital, setting goals and milestones to take us to each level rather than taking out a big loan,” she says.

And while some businesses may seek mentoring help to try and grow their business, Momo turned to Business Mentors New Zealand when demand for their services grew much faster than expected.

“We got more requests for catering than I anticipated, which is a great problem, but there was a bit of grappling, so it was wonderful to just sit down and talk through things with my mentor Jenny Henderson,” she says.

“Jenny is someone who has gone on ahead in business and we appreciated her advice, support and encouragement. To say that our figures were doing well and other things was quite encouraging.

“While we didn’t meet a lot, when we did it was very productive.”

Jenny says as Momo’s mentor she was really “just an ear” and the voice of encouragement for her to take the next step and “go for it”.

“Momo had a goal, knew what she had to do and the motivation to do it,” she says. “The main business advice I gave her was to always have agreements in writing. So, if things should happen to go pear-shaped there is a record of what was agreed.”

And because they resolved a lot of issues at the start, Momo says it got to a point to where they worked out roughly what she needed to do in the future.

“So, I just got on with it and the challenges I had just fell into place after that,” she says. “If there is another area I need help with in the future, then I can contact Business Mentors again.”

Momo and Michelle have just started with a new mentor to assist with their marketing strategies and look forward to working with her.

They look forward to the future with excitement, including becoming involved in more functions to raise not only funds, but the profile of Starlit Hope Trust, while also growing the Rainbow side of the business.

“Theory Food has already expanded way beyond what we expected,” Momo says.

1: Set reasonable goals and milestones and celebrate your wins along the way.

2: Be flexible with your business strategy; sometimes there is more opportunity for growth if you adapt along the way.

3: Have a clear ‘why’ and consider supporting an organization or cause through your business.